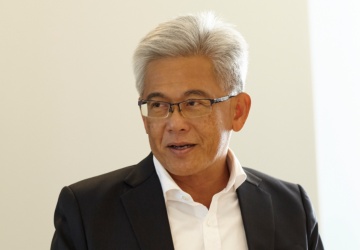 Mr Ong was appointed to the Board on 1 January 2016 and was last re-elected on 24 April 2018. He currently chairs the Audit and Risk Committee and sits on the Nominating and Remuneration Committee.

Mr Ong has over 25 years of experience in banking and finance. He was formerly the Chief Financial Officer of Rowsley Ltd (now known as Thomson Medical Group Limited) in 2008-2010 and the Finance Director of Avarga Ltd (formerly known as UPP Holdings Limited) in 2010-2012.

Mr Ong was previously Head of Foreign Exchange at Bank of America Singapore, General Manager of Bank of America Shanghai and a Management Committee member of Bangkok Bank Singapore, with responsibilities for business groups and risk management functions of the banks. He is currently an Independent Director of Secura Group Limited.

Mr Ong holds a Bachelor of Business Administration from the University of Singapore.